What are the most common golf questions?

We’ve compiled the most common golf questions that our community of golfers ask us. We thought it would be easier to put them all in one place to help you learn more about the game or simply show off your golf knowledge to your golf buddies!

Why do golfers remove their hats to shake hands?

By and large, it is against etiquettes and discourteous to conduct oneself while wearing a hat. So is the case with golf. Removing hats and shaking hands with the players is a sign of respect and regard. It has been a long-standing custom. Win or defeat, removing hats, and shaking hands is a means to tell the other players that you have high regard for them.

Why do pro golfers take their gloves off after every shot?

Professional golfers take off their gloves so that gloves can dry. They do it to make sure that their glove is all tidy and the sweat on their hand is being vaporized for the next shot. If a glove is not taken off, it will result in uncertain shots because of the slipperiness of the hand.

Why did Jack Nicklaus wear a glove while putting?

Since golf is a game of feel, a golfer can play however he feels good. Jack Nicklaus, greatest of the game went on to win 18 majors while never taking off the glove. Even while putting, he kept on his glove and sunk putts. According to him, it enhances his control and grip, be it irons or the putter. Once he put on the glove for a round, he never took it off before the ending.

How many golf clubs can you have in your bag?

As per PGA rules, a golfer is allowed a maximum of 14 clubs to carry in the bag while playing a round. There is no lower limit about the number of clubs. 98% of the professional golfers carry 14 clubs in their bags. Rory Mcilroy carries 14 clubs of TaylorMade in his bag.

How many golf clubs are in a set?

A standard golf club set has 12 clubs in it, and a custom-made golf set can have up to 14 clubs. A golf set consists of three woods, a wedge, and a putter. These include one Driver, one fairway 3-wood, and one fairway 5-wood. Sometimes there are either 7 irons or a hybrid with 6 irons. It also includes a wedge and a putter.

How much does a golf cart cost?

Golf carts are priced depending upon their specifications. Some are priced at $4000 whereas some premium carts are priced at $20,000. Electric carts are cheaper than gasoline carts. Moreover, they are eco-friendly. The seating capacity and dimensions of the cart also affects the pricing. Famous golf cart brands are Club Car, E-z-Go, Polaris, Yamaha, and Cushman.

What does handicap mean in golf?

A handicap is a golfer’s ability calculated in numerical value. It is calculated using the score of the previously played rounds. If a golfer plays 72 par course in 90 strokes, it means that he has played 18 over par. For example, if a golfer with an 18 handicap shoots 90, his gross score would be 90 but his net score would be 72.

How does golf handicap work?

On the scorecard, there are two columns. One is for Gross Score and the other is for the Net score. Let’s assume that two golfers are competing against each other. Golfer A has a handicap of 18 whereas golfer B has a handicap of 8. Golfer A shoots a gross score of 88 and golfer B shoots 78. The net score will be calculated by subtracting the handicaps of each. The net score of golfer A would be 88-18=70 and that of golfer B would be 78-8=70.

What is a good golf handicap?

how long does it take to golf 18 holes?

That depends on the playing conditions. Playing 18 holes solo will take 2 hours while 3.5-4 hours are required to complete an 18 hole round. A flight of golfers takes ten minutes to complete a hole. The fastest round of golf by a professional was played by Steve Scott, who completed the round in 29 minutes and 33 seconds.

What to wear while golfing?

Golf etiquettes allow players to wear khakis or golf trousers with collared half and full sleeve shirts. Shirts should not be fancy or Hawaiian style. Golfing apparel is always appreciated in light and contrasting colors. Tailored shorts are also allowed, but they should not be 4 inches above or below the knees. Denim, jeans, sweatpants, fancy shirts, or any other athletic apparel is not allowed. Golfing apparel, belt, socks, shoes, and a hat is the perfect dress code for golf.

How much does a golf cart weigh?

What is a shotgun start in golf?

A shotgun start is a format of the golf tournament in which all the golfers tee off at the same time. A shotgun is fired in the air marks the start of teeing off. It is different from a split tee off. Eighteen flights of 3-4 golfers each, start on all 18 holes right away. This saves playing time and manages an influx of players.

It depends on the battery capacity, cart dimensions, and workload. If a cart is used on full power, its battery timing varies from 60-90 minutes if fully recharged. This timing reduces as time passes, whereas newer batteries provide more running time. Golf cart batteries useful life varies from 5-10 years, depending on usage and workload.

What to wear golfing women?

Women golfing apparel consists of short sleeves collared as well as a no-collar top. No sleeve shirts are also allowed. Bottoms include golf pants. Women can also wear shorts, knee-length shorts, capris, and skirts. In accessories, they can wear belts, socks, and a hat. Sweaters and jackets are also allowed with no hoods.

Where was golf invented?

Golf was first played in Scotland in the fifteenth century. Historically, it is one of the oldest sports that is still being played around the globe. It is said that the Dutch played a game called Apocryphally in the thirteenth century where they used to hit pebbles with a stick to a certain target. First, 18-hole round of golf was played at St. Andrews in 1764

Chances are slim, but you never know. Tiger Woods went through a car crash this February which caused serious injuries to his legs and back. Previously, he was dealing with back pain as well. Dr. Smith says that he might never play golf again. But miracles happen. Winning the Masters in 2019 was one of them.

How fast do golf carts go?

How many golf courses are in the US?

There is no accurate number, but according to an estimation, there are more than 16,000 golf courses in the US. The number is always increasing as the sport is gaining popularity with youngsters. Among states, Florida is leading with more than 1250 courses, with California trailing with more than 920 courses.

How to determine golf handicap?

A handicap is a golfer’s ability calculated in numerical value. It is calculated using the score of the previously played rounds. On the scorecard, there are two columns. One is for Gross Score and the other is for the Net score. If a golfer plays 72 par course in 96 strokes, it means that he has played 24 over par. For example, if a golfer with an 18 handicap shoots 96, his gross score would be 96 but his net score would be 72.

How wide is a golf cart?

What golf clubs does tiger woods use?

Currently, Tiger Woods has been using TaylorMade’s SIM driver, P790 UDI utility irons, P7TW prototype irons, and Milled Grind wedges. His putter, Scotty Cameron Newport, is produced by Titleist. The 15-time major winner has innumerous golf clubs in his collection. Over the years, he has used the most premium brands of golf.

How to know which golf club to use?

This depends upon one’s personal yardages and lies during the round. Each club has a specific loft, launch angle, and distance. Golf clubs have a number engrossed on their sole. The driver is used for tee shots, along with fairway woods and hybrids. Long and short irons are used for fairway shots. Wedges are used for short and approach shots. The putter is used for putting on the green.

Where to sell used golf clubs?

Used golf clubs can be sold to local golf stores, golf course pro shops, and online stores from different regions of the world. There are tens of social media groups and Instagram handles that buy used golf clubs, refurbish them and sell them. Preowned golf clubs can also be sold on eBay by uploading listings.

What golf clubs does Rory McIlroy use?

I hope you found this article useful and that it’s helped answer your common golf questions. If you want to find out more about golf why not check out some of our other articles on the best golf balls, the best budget rangefinders and the best beginner golf drivers!

About Craig Barnard 49 Articles
Craig is a golf enthusiast. Having played the game for over 30 years he has always been passionate about the game. Today Craig offers golf advice and golf tips to beginner golfers through his popular website, social media and best selling Golf Instruction book. Craig spent many years working at Woburn Golf Club in his younger years. Seeing how the team of PGA professionals helped so many golfers improve and get so much enjoyment from the game from golf instruction, he was inspired to see how he could do the same. Fun Golf came from, a desire to help golfers have fun and improve their game.
Website Instagram Xing 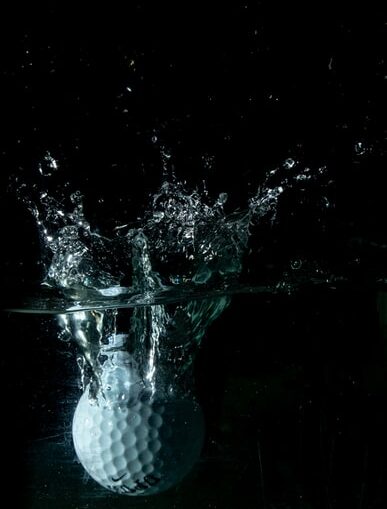 Are Lake Balls Any Good? Your Golf Ball Questions Answered!

Guide to Golf
12 October 2021 Comments Off on Are Lake Balls Any Good? Your Golf Ball Questions Answered! 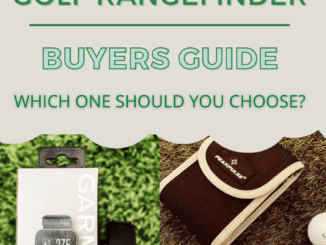 Golf Rangefinder vs GPS Watch: Which is Better? 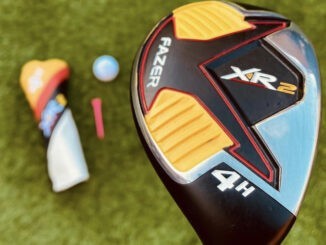 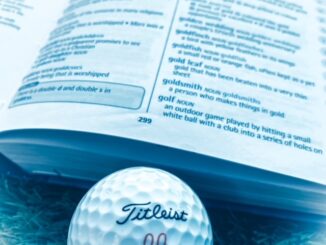 Guide to Golf
5 October 2021 Comments Off on 25 Most Common Golf Questions: Answered! 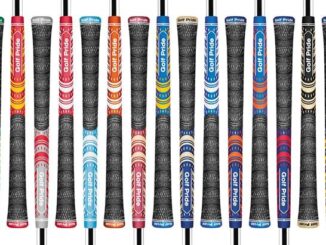